Many Jumicar visitors –mainly schools outside Attica- seek interesting destinations in the vicinity of the Jumicar park to visit. 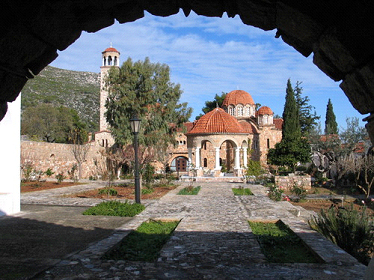 Saint Efrem was born in Trikala on 14 September 1384A.C. He was one of eight children of the Morfe family. His parents baptized him with the name Constantine. At an early age Saint Efrem lost his father. Since that time his mother took entirely care of the family. This included the care and the Christian education of children. Saint from his early ages showed special love for God and the Christian faith.

When St. Ephrem was fourteen years old, in the region of Trikala, Turks under the command of Sultan Bagiazit the 1st, gathered young Greek children. This gathering was the first stage for the creation of “Genitsaroi”. Turks gathered young Greeks, sent to Turkey where in special camps grew up by filling their hearts to love Allah and hate for Christ and Greece. These were the awesome “Genitsaroi”, who as many testimonies say were wilder than Turks themselves.

His mother fearing that Turks will take St. as well, advised him to leave their  home and be directed to areas of Greece which was not yet under the Turkish yoke. When he arrived in such an area, she told him to find a monastery and introduce as a cadet monk, since the monastic life was something that he wanted. The tips were followed by Saint Efrem and via great difficulties reached the mountain Amomon of Attica. Amomon is the mountain at the foot of which now days Nea Makri  is built. In that area there was also the male monastery of Annunciation of Virgin Mary. In this convent St. Efrem moved and stayed until the age of 18 years as a cadet monk of the monastery.

At the age of eighteen became a monk and took the name Efraim (as we have reported previously called Constantine). After a few years he was ordained Priest. In the monastery passed not much time. Usually he was isolated in a cave in the area, praying.

The years passed and the Ottoman Empire had almost the whole Greece subjugated. In the region of Attica Turkish troops acted under the command of Ebrenompei. Part of these troops, in 1424, developed under the area of Amomon  and began destroying, looting and murder, following the usual tactic of Turkish troops at the time. They arrived at the monastery of Annunciation of Virgin Mary and demanded they surrender the treasures of the monastery. The monastery however was poor and the Turks only managed to take the lives of all the monks, massacred in the courtyard of the monastery.

The St. was not in the monastery during that day. When the next visited, found the bodies of the monks and the monastery destroyed . Having cared for the burial of monks, he retired permanently in his cave.  He only visited the monastery during major holidays. During such a feast, on 14 September 1425  Turks visited the monastery. Arrested the St. and began to submit him to appalling torture expecting to reveal any secret lodges with treasures that had not been able to discover. Eight months St. sustained the horrible tortures of the Turks until 5 may 1426 when hanged upside down and nailed in the body of a mulberry tree, surrendered his soul to the Lord at the age of 42.

Nowadays, nuns serve in this monastery. The relic of Saint Efrem is housed there and hundreds of believers visit daily, asking the Holy blessing and help. The Saint with the grace of God has done thousands of miracles. In the grounds of the monastery, and protected with a building built around it, the mulberry tree on which, Saint Ephraim left his last breath still preserves. The calm prevailing in space is something that could not be described with words. You will feel it yourself when with the help of Christ visit Saint Efrem in the monastery of Annunciation of Virgin Mary in New Makri Attica.

The Tomb of the Athenians 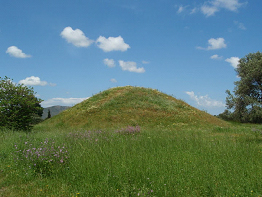 The brief description of the topography of the region of Marathon and the other three Municipalities of Tetrapolis, starts from the Bunch, the great Tomb of Earth covered the 192 dead Athenians who fell fighting against the Persians in September 490 B.C. The Tomb of Athens is the main monument of the region and a worldwide respect.

The burning and burial of the dead warriors on the battlefield was a special honor the Athenian State made to the defenders of the Greek freedom. The height of the Tomb is now days 9m. the circumference 185m. and the diameter 50m. 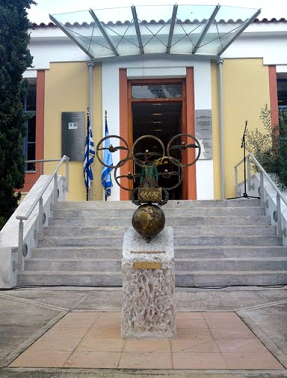 The first building of the centre houses the main part of the exhibition, the history of Olympic Marathons, while the second, houses smaller thematic sections referring to the Olympic Champions, Marathon Cities, women in Marathon, Marathon racer’s equipment.

The Marathon Race Exhibition Center from a mere photographic exhibition has become a unique sports Museum, the home of the Marathon Race which already hosts collections of our great athletes.

In addition in the Marathon Race Exhibition Center, the Marathon flame is guarded in a specially designed room. The flame lighted for the first time on 3 November 2007 during a ceremony which took place in Marathon Tomb.

The flame travelled for the first time to the city of Xiamen in China for the commencement of the Marathon Race of the city. 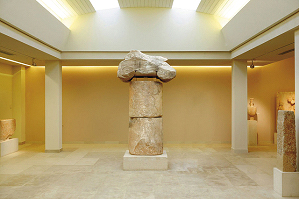 The archaeological museum of Marathon with appropriate lighting, recently renovated (2004) infrastructure for visitors with disabilities, is hosting interesting exhibits such as:

Just next to the space of the Museum exists and protected (from the weather) with a new, ultramodern canopy (2004) the Middle-Hellenic Cemetery (2000 BC-1500 BC), which includes a group of three grave tombs.

At a distance of 150 meters within the fenced area of Marathon Museum exists the so-called "Tomb of Plateon".  Tomb with the burials of 11 men from the period of the great battle.

The Marathon Museum is located 5 km from the city of Marathon, 20 km from the port of Rafina, 25 km from Athens International Airport "Eleftherios Venizelos" and 42 km from the centre of Athens. 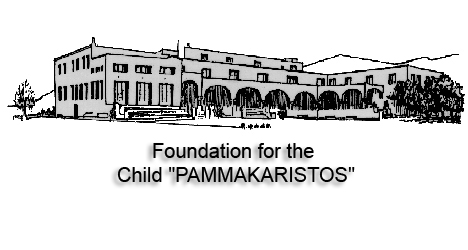 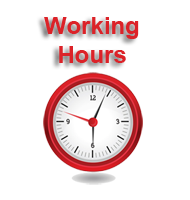 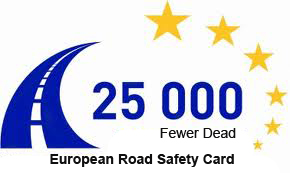 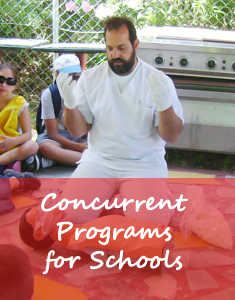