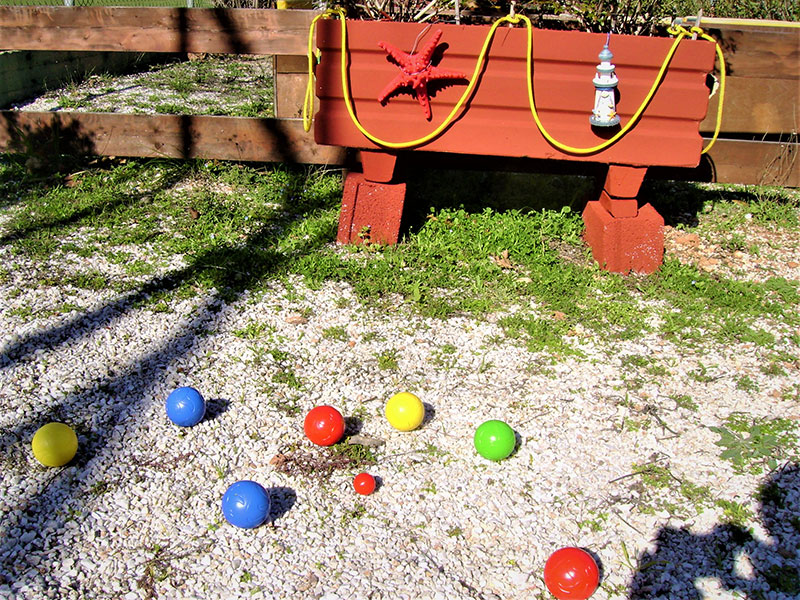 Without “fit” requirements but highly competitive and scalable strategic, played with the following simple rules.

Teams can be made up of 1, 2, 3 or 4 players. Each player uses 2 or 3 boules. Toss a coin to decide the first throw. The toss winner decides the play area, throws the Jack and his first boule trying to get as close to the Jack as possible. The opposing team then attempts to throw a boule even closer to the Jack. Once a lead is established the other team must throw until they regain the lead or run out of boules. The team closer to the Jack wins one point. Extra points are won for any other boules that the winning team has, which are closer to the Jack than the opposing team. A new round begins until one side scores 13 points.

Play area selection from 4 different locations in the Park. Boules for adults and/or children, Jack, starting wreath, measure device and of course support to any queries are provided. 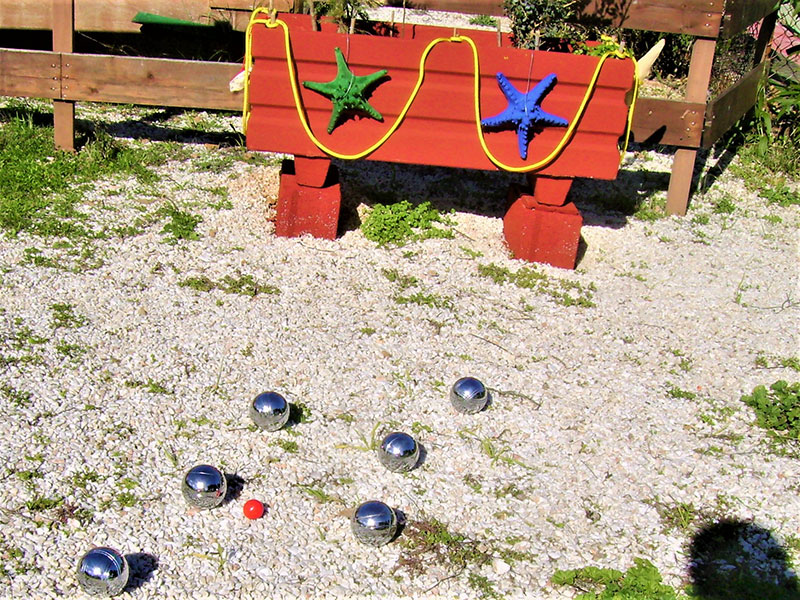 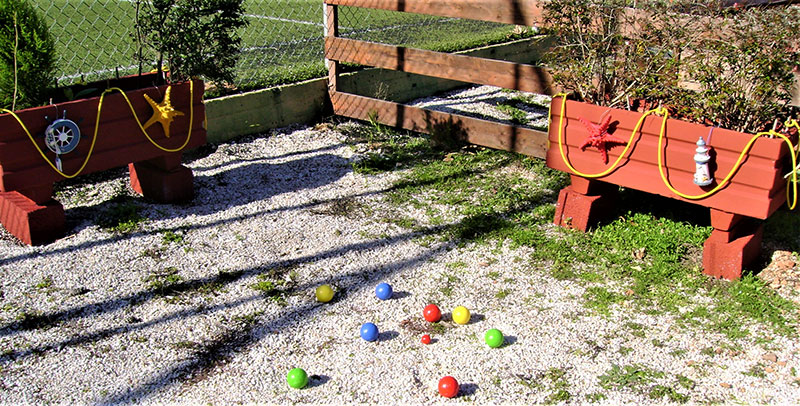 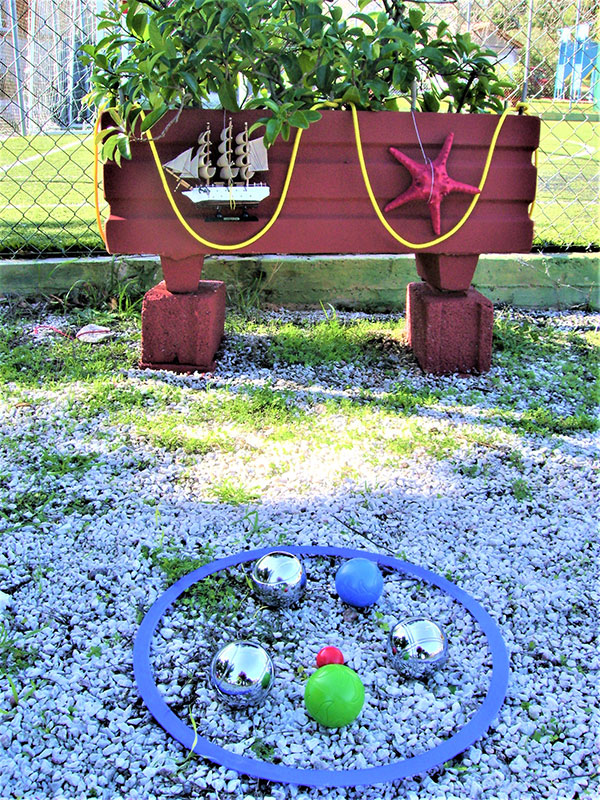